As I hit the water after jumping off the boat in my full scuba kit, I have a sudden panic.

Memory is a funny thing. It isn't till now that I recall my previous oceanic misadventures, one of which involved a family snorkeling trip in Hawaii when I was 15 that left most of the Faulk family barfing off the side of the tour boat and subsequently cowering on deck for the remaining four hours of the tour.

Here, it's the same rocky, crazy ocean waves. The same feeling of helplessness and desolation and terror. It isn't till now that I remember, oh yeah, I hate being out on the ocean.

Amidst the panic, I start to go through the motions of what I'm supposed to do, along with the 18 or so other beginner divers. I deflate my BCD to go under the water a meter or so, and become convinced my regulator (the part you breathe through) is defective. I somehow gulp a huge mouthful of salt water. I can't do this. I'm gonna die. I inflate my BCD and scramble back up to the surface to regroup.

My instructor Witek follows me back up, and asks, "What's going on?" I can't do it. I'm gonna die. I just tell him I swallowed some seawater, which isn't a total lie.

Long story short, I do both dives required to complete my diver certification. I also throw up over the side of the boat after the 2nd dive; I get very seasick. I do enjoy the actual scuba part, but the other part - the boat, the swimming on the wild and rocky surface - that part I don't enjoy, to say the least.

So like many things, now I'm reflecting on how scuba diving relates to my life and my experience. Here's what I've learned about scuba and about life:

You need a team of supportive people around you

My friend Paddy Mo was the reason why I was taking the course in the first place. He was a great scuba partner, and is a great friend. I felt better that he was with me, watching my back. He held onto my weight belt so I wouldn't fall off as I was throwing up over the side of the boat.

My instructor Witek of course was key. He taught us all the hand signals, all about the equipment, and the methodical way of going about things in the scuba world. He pushed me to get in the water to complete my second dive while resting on the boat after my first, while I was seasick. He kept me calm while I was freaking out. He gave the right praise and the right encouragement and made learning fun.

There was also a boat crew, and other scuba instructors, all with their own groups of beginner divers. It's only a few-hour tour, but it's a small boat, and I interacted with almost all the crew and instructors in some capacity, whether it was getting helped back up on the boat, getting my equipment tightened up, or getting slaps on the back and dixie cups of water after I threw up.

I have the tendency to take things on by myself. That's just my default. But I want to remember that it's okay to seek out help, to seek out like-minded people, and to plan fun things with others. I always feel more energized when I've shared something special with other people, and this was one of those times.

Feel the fear, but enjoy the ride

Despite what it might seem like from what I've written, I actually had a great time. The actual scuba part under the water was incredible, for lack of a better term. The bright fish, the underwater plants, the sand, the strangeness... it was all so foreign and awkward and cool.

I wonder how much in each day I'm not allowing myself to operate at my maximum because of fear. Where am I holding off on speaking up for fear of being wrong, or holding off on having tough conversations for fear of it being awkward? Where am I holding back and not connecting with others, or diving deeper to learn new things by putting myself out there? The fear will be present, but breathing through it and being yourself is what matters.

Where's your Zone of Genius?

Will I do scuba again? Maybe, but it's not something I'd necessarily go out of my way to do on my own. As I mentioned, I like the scuba part, but the other parts of it aren't really my bag. The boat ride. The surface of the sea. Being wet and cold and seasick and scared.

I think I could get good at scuba diving, but I'm not sure I'd ever feel good about the other parts. Maybe I could get them to be tolerable, but I highly doubt being tossed about on the surface of the ocean would ever cross that midpoint of the 'not-enjoyable / enjoyable' continuum.

This is in line with the Conscious Leadership framework of your Zones of Genius, Excellence, Competence, and Incompetence. Your Zone of Genius is where you can always get into a state of flow, where time flies by and you're energized. Your Zone of Excellence and Zone of Competence might be things you're very good at, or get paid to do at your job, but they don't light you up.

Scuba isn't my Zone of Genius, and it likely never will be.

Granted, I'm stretching the scuba analogy here a bit, but I feel like this is what a lot of folks do in life, professionally, or otherwise. They're in the wrong line of work or pursuing vanity metrics/goals, but they keep plodding (unhappily) along because there is enough progress that seems quite enticing. But they're in the wrong overall zone or meta-environment for them to really succeed. I've certainly felt that way before.

It reminds me of Chris Dixon's 2009 essay, Climbing the Wrong Hill. The premise is that sure, you CAN succeed in a given area or given profession (i.e. climbing any given hill), but just because you can and are making progress doesn't mean that it's going to be the highest hill for you where you'll find the most personal success.

But the lure of the current hill is strong. There is a natural human tendency to make the next step an upward one. He ends up falling for a common trap highlighted by behavioral economists: people tend to systematically overvalue near term over long term rewards.  This effect seems to be even stronger in more ambitious people. Their ambition seems to make it hard for them to forgo the nearby upward step.

Dixon says the likely best way to figure out what hill to climb is to:

... repeatedly drop yourself in random parts of the terrain, do simple hill climbing, and then after many such attempts step back and decide which of the hills were highest.

Scuba isn't the hill I want to climb, or my Zone of Genius, but I'm sure glad I tried it. Thanks, Paddy Mo!

Sign up to get notified when I publish more! 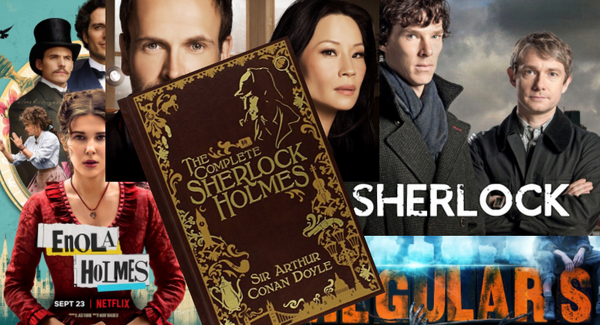